After forty days of being with the disciples after his Resurrection, which we have celebrated during these forty days of the Easter season, Jesus has crossed into Heaven to take his place at the Father’s right hand, as the prophecies foretold for the Messiah. The Father has crowned him with the glory he merited by his Passion, Death, and Resurrection, and in turn he is eternally asking the Father for each of us–by name–to receive the graces we need to join him one day in eternity and to help others get there too.

In today’s First Reading Saint Luke recalls why he decided to make his writings a two-volume set. The work of salvation is not done until everyone has an opportunity to be saved. The Lord’s Ascension is just as important for the Church as his Incarnation, Passion, Death, and Resurrection. Like the disciples in today’s First Reading, we are awaiting the Lord’s return in glory, but we also know that in Ascending to Heaven he is not just sitting up there on his hands. He and the Father are preparing to send the Holy Spirit to his Church, just as we await on Pentecost Sunday a week and a half from now, and then our part in his saving work goes into high gear, as attested to by the Acts of the Apostles. Our Lord also speaks on our behalf to the Father for all eternity, interceding for us. We need the whole Trinity’s help in fulfilling our mission throughout history: to help Our Lord in Heaven to continue his saving work on earth.

In today’s Second Reading St. Paul reminds what Our Lord won through his victory over sin and death. The Lord returns to Heaven in glory for what he suffered and endured for us. Taking his place at the Father’s right hand is taking the highest place of honor next to the Father’s, not only as his Son, but as his Son who has pleased him. Our Lord does not just receive glory. He receives reward as well. Even as he was preparing to ascend he told his disciples that all authority had been given to him by his Father (see Matthew 28:18). He doesn’t just rest on his laurels. He puts that influence to work for us and our efforts to help share his Gospel with the whole world.

In today’s Gospel Our Lord imparts a blessing even as he is taken up into Heaven. He doesn’t stop imparting blessings, even today. In a little over a week he’ll impart once again the gift of the Holy Spirit at Pentecost. The Easter season is longer than any other season except for Ordinary Time, and before his Ascension the days he spent, risen from the dead, were some of the most precious on earth for his faithful disciples. It was quality time just for them. He’s looking forward to spending that quality time with us in Heaven, and from eternity he is doing everything in his power to make sure that happens. As the Easter season nears its conclusion in ten days we too should be rejoicing as we recall all the blessings he has imparted to us during these forty days. We should also rejoice over the blessings to come.

If you don’t feel you’ve received any special blessings this Lent and Easter it may be that you are not looking hard enough. Eighty-six days (from Ash Wednesday to Ascension Thursday) is a long time to have not received anything special from Our Lord. The Holy Spirit is already around. Ask the Spirit to help you recall the blessings you’ve received in these days so that the joy you’ve experienced this Easter season continues throughout the year. 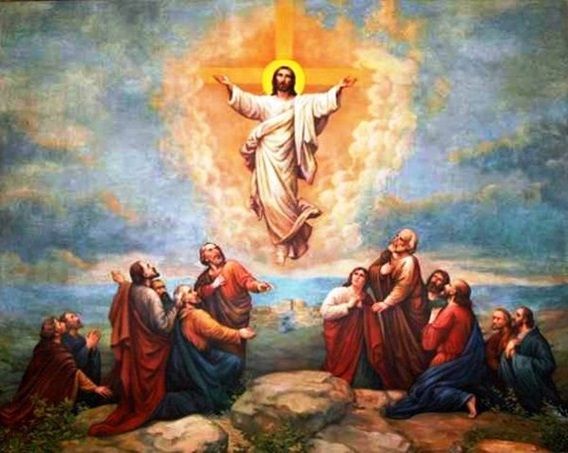