Today’s readings remind us that it is the Risen Christ who helps us bridge the gap between perdition and redemption, between despair and hope. In the First Reading Peter helps his listeners realize that their sins and failings had consequences: their sins had led Christ to be crucified. However, if Christ shows them their guilt, he also presents the path to their redemption: through Baptism Christ would lead them from perdition to redemption. In a special way this week the Church prays for her new members who received the sacraments of initiation last Saturday, including Baptism, just as the repentant listeners did today, and have passed from perdition to redemption.

Mary Magdelene had already been brought from perdition to redemption, but now, with her Lord missing and no way to find him or pay him one last gesture of devotion, she is in despair. Even holy souls, when they lose sight of God, run the risk of falling into despair. It is in that moment of despair that the Risen Lord comes to meet them and put them on the path of hope again. Hearing Our Lord’s voice brought Mary back from the brink of despair.

What’s in your heart today? A feeling of perdition regarding how your life is going? A feeling of despair about some trial you’re undergoing? Ask the Risen Lord to come to you and help you bridge the gap. 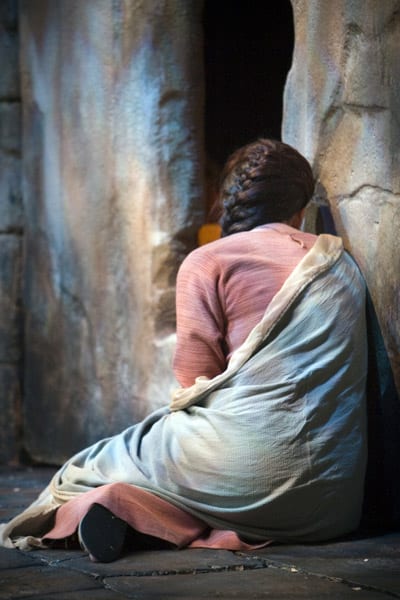