In today’s Gospel Our Lord is having a little fun with the scribes and the crowd after having run a gauntlet of scribes trying to trip him up (with the exception of yesterday’s scribe). He presents a question from Scripture that apparently has no solution: quoting Psalm 109 (Psalm 110 in some editions of the Bible), which is attributed to David, he asks how David could have any Lord other than Yahweh, and how could the Messiah be greater than David, his father by lineage? The Messiah should call King David his lord, but it seems from the Psalm that David is doing the reverse: calling the Messiah his lord.

Jesus not only has the solution; he is the solution. He is God, and therefore he is David’s Lord, as well as being the Messiah, descended from the line of David, and therefore David’s heir. Our Lord came to help us to connect the dots and fill in the blanks for all those questions that have popped up throughout salvation history. He is the answer to so many of life’s quandaries and that’s why he became flesh and chose to dwell among us.

Let’s ask Our Lord today to help us fill in the blanks in our lives.

Today’s Gospel reading brings us to the end of a series of debates with the chief priests, scribes, and elders, and it ends on an encouraging note. After various attempts to exploit discussion on God’s word in order to score political points or discredit Our Lord we find a refreshing change of pace: a scribe who is actually interested in seeking the truth and who acknowledges when someone has helped him to find it more fully. The scribes were debating about what the hierarchy of all the precepts were within Mosaic Law. They had already determined 613 precepts of the Law: 248 commands and 365 prohibitions.* Which were the most important?

Our Lord responds with the fundamentals not only for the Jews, but for us. When he tells the scribe that the Lord must loved above all else he is repeating the first words of the Jews’ profession of faith, the Shema, taken from the book of Deuteronomy (cf. Deuteronomy 11:13–21) and prayed by them every day. Their faith, and our faith, revolves entirely around the love of God. But Jesus connects this to another teaching from Leviticus (Leviticus 19:18): to love your neighbor as yourself. Connecting the two may have been a novelty for the Jews, but as Christians we know the two are closely linked: you can’t love God and not love your neighbor, or vice versa (cf. 1 John 4:20–21).

The scribe is also making the connections. In his response he draws not only from the part of Scripture considered the Law by the Jews, but also from the prophets. In the end Jesus tells him he is not far from the Kingdom of God. Could this be an invitation to become Jesus’ disciple?* Right now their conversation is at the level of peers, but the scribe is not far from becoming a disciple of Jesus in order to draw closer to the fullness of truth. Let’s pray today for all of those potential believers out there who are sincerely seeking the truth, so that they receive the grace to make that one last connection that convinces them to close the gap and become a disciple of Our Lord.

In today’s Gospel the Sadducees believe they’ve encountered a logical proof, based on Mosaic law, that shows there can be no resurrection: family responsibilities toward widows and marriage would continue to be unclear if there were eternal life. Our Lord teaches them that the life to come is to be lived in a different way. All the trials and tribulations of this life–family spats, health issues, work headaches, social angst–will pass away. The marriages will be concluded, but the love that sustained them and grew in them will last forever, which is the true purpose of marriage. All wounds and infirmities will be healed, and we’ll have grown stronger in the crucible of suffering. Our work will be done and we’ll be able to admire the fruits of our labor. Everyone will have what they need and be acknowledged for what they have done and who they are: justice will reign for all. In short, when you reach Heaven, it’s “game over, you win.” Nothing else will matter and everything you underwent to get there will be put into perspective as worth it.

Our Lord teaches us today that we have to live in this world, but we always have to keep the life to come in mind in order to understand why we live in this world and how we should live in it. In the game of life winning is what matters, but that victory doesn’t happen here, even though this is the playing field where we win or lose. Even Tobit and Sarah in today’s First Reading wanted to give up when life seemed impossible, but they knew that wasn’t God’s will and prayed for the only relief they thought possible: death. Their prayers had barely reached Heaven and God was already planning their relief to help them see life as a blessing again, but on the Lord’s time table. We’d always like relief sooner rather than later, but in faith we know it will come, if we keep striving to not let life overwhelm us and persevering in faith as we play the game of life.

Let’s ask Our Lord today to help us put whatever difficulties going on in our life today into perspective. Let’s ask him to show us how we can live today in the light of how we’ll live in eternity.

In today’s Gospel Our Lord reminds us that God doesn’t play politics: he is the lord of life and history. To consider him a political player is simply beneath him. The Pharisees and Herodians were trying to trap him into expressing a political opinion on paying a census tax to Caesar, which some saw as sacrilegious and others saw as their civic duty (or, at least, something that kept them out of hot water with the Romans). Jesus gets right to the point: if Caesar wants to mint coins and tax his subjects, let him have his coins. God doesn’t need Caesar’s coins: he doesn’t “need” anything, because he already has it all. Everything comes from him.

To be fair, in Our Lord’s time on earth the lines between civic and religious duty were blurred. By giving to Caesar what is his and to God what is God’s, Jesus is reminding us that each of those two things are important on their own level, but they are not on the same level. The real danger comes when civil authority tries to go beyond minting coins and thinks it can mint the truth: within a few decades after Jesus’ death Christians would be martyred for refusing to acknowledge the emperor as a god or to participate in the state religion in opposition to their own beliefs. Declaring the state as all-knowing, just as imposing one expression of religion as the definitive one, ignoring the freedom to believe as you choose, is an attempt to mint the truth, and it is trying to give to Caesar what is really God’s. God is the source of all truth, and he has woven the truth into his creation so that all men of good will, aided by him, can find it and follow it.

Sadly there are still many attempts today to mint the truth: religious fundamentalism imposed by force, attempts to redefine basic natural institutions, such as marriage, etc. Let’s ask for the wisdom and the courage to always see what is due to God, what is due to “Caesar,” and to fulfill our true obligations to both. 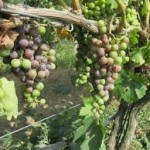