In today’s Gospel Our Lord uses a poignant image to illustrate the interplay between Lent and Easter that every Christian experiences: pregnancy. After a first trimester of congratulations, perhaps “happy hormones,” a glowing complexion, albeit with morning sickness and strange cravings, comes the second trimester of hormonal somersaults as the body strains to support itself and the new life it is helping to shape. The weight of the new life about to be born can be a heavy cross as the joyful day draws near, but all that suffering vanishes, or at least is put into perspective, at the sight of a newborn son or daughter, and not just any newborn: your newborn.

Christian life has moments of enthusiasm, especially when we start to take it seriously, but it also has moments of the weight of the cross, of feeling burdened by adverse emotions and sentiments that make it a struggle to even take one step forward in holiness. Temptations are like strange cravings, only harmful ones, or produce an aversion to living a virtuous life. Just as anyone who looks upon a newborn, even a complete stranger, feels an inner joy upon beholding a new life, so we too in our struggles must consider the Risen Christ and the saints, who promise us that a new life will be born thanks to our efforts and a joy that will never pass away.

Let’s ask Our Lord to help us bear the burden of our crosses today and just take one step further on the path of holiness, confident that it is a step toward the birth of a new and joyful life.

In today’s Gospel Our Lord describes the Holy Spirit as the Advocate, a legal term that goes well with the language of conviction and judgment that he uses to describe the Holy Spirit’s action in the world and in each one of us. The original Greek word that describes in this passage what the Holy Spirit does (ἐλέγχω) contains multiple meanings; it can mean “to convict,” as today’s Gospel translation puts it, “to convince,” as other translations use, “to rebuke,” or “to expose” something. When we consider all these meanings it gives us a better sense of what Jesus is trying to teach us today about the Holy Spirit.

When we struggle with moral decisions sometimes we don’t realize that we’re not alone in our conscience with just our thoughts and evaluations: the Holy Spirit is there too, and is always trying to shed light on the right thing to do in our hearts, and to inspire us to take the right path in our lives, even in the little day to day decisions we make. Depending on our response we too can say that the Spirit “convicts” us when we choose evil instead of good and “rebukes” us for it, or “convinces” us that we’ve got to do the right thing. The Spirit often “exposes” things about ourselves that we’d rather ignore. In order to make a positive impact on our lives and the lives of those around us we need to work with the Holy Spirit so that instead of being convicted we become convinced of Jesus’ message.

Let’s ask the Holy Spirit to help us resolve any decision we’re struggling with today, and to “convince” us about the right thing to do so that we don’t find ourselves “convicted” due to our actions. 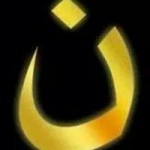 Our Lord warned the disciples, just as he warns us, in today’s Gospel that persecution for being his witness and disciple is part of being Christian. A common belief in modern society is that the two things you don’t bring up in polite conversation are religion and politics. Even today Christians are being put to death, supposedly in the name of God, by radical religious extremists, but Our Lord is clear today that those people have no idea of who God truly is. He reminds the disciples, as he reminds us, that we must testify to him. That means going out into society, into the public square, to speak the truth that he gives us in the Gospel not just for the good of Christianity, but for all of society.

In some cultures today being Christian warrants death, while in others, the death of your reputation. Christians are branded as intolerant, and some of their teachings as hate crimes and offensive, because they question the true good of certain lifestyle and moral choices and suggest a better way. Ideologues want to relegate religious expression of any kind to the private sphere: no public displays of religion, no influence of religion on state or politics. But it’s very hard to be a-religious, because man is meant for God, and it is natural for him to give expression to that need through religion. In the end attempts to be a-religious simply make a religion out of something else–the State, an ideology, individual liberty to the exclusion of anyone else’s, etc. They lash out at anything that would question who God truly is, but as Jesus says today, “They will do this because they have not known either the Father or me.” How will they find out if we do not tell them?

Let’s pray today for persecuted Christians, and also for the strength to not be bullied into leaving our faith in the privacy of our own home, out of the conviction that the Gospel is not just good for us, but good for society.

Over the last few weeks of Easter readings we’ve seen the Church gradually understand that the Gospel was meant to go beyond the confines of Judaism to other cultures and, ultimately, to every culture, including Cornelius. In today’s First Reading we see one of the culminating moments in the early Church: the Holy Spirit helping the first disciples to take the Gospel everywhere.

With this reading we see a glimpse of what we’ll celebrate in two weeks on Pentecost Sunday: God the Holy Spirit gives life and growth to the Church, often unperceived except with the eyes of faith, and even then in subtle ways. The Holy Spirit also helps the bishops, the successors of the Apostles, to bring souls to the Church and to baptism in Jesus’ name, because God’s action, Father, Son, and Holy Spirit, always leads to unity.

Let’s ask the Holy Spirit to help us over the last two weeks of this Easter season to take our Christian living to new frontiers in God’s service and sharing the Gospel.