Last Friday we recalled the sad moment when sin entered into the world, and with today’s First Reading we recall when death entered into the world for the first time. It was about as unnatural a death as you can imagine, an older brother killing his younger brother out of envy and anger. Abel had done nothing other than be pleasing to God. Cain was more complicated; he didn’t give the best of what he had to God, and God called him out on it. Yet he didn’t blame God; he blamed Abel for making him look bad. The Lord tried to explain to him that the true cause of his resentment and gloom was that he didn’t do a good job. It was not too late to change for the better, and Cain was in spiritual danger if he didn’t.

Cain failed on so many levels. An older brother should watch over his younger brother, and he killed him instead. Cain owed the Lord the best of everything, and he gave him second best. The Lord gave him good advice, and he ignored it. This was the second time in salvation history, but it wouldn’t be the last. The deep sigh today of Our Lord in today’s Gospel is the sigh of a big brother who does want his brothers and sisters to do the best, and to help them do it, even when they don’t.

Let’s turn to our big brother today knowing he will always watch out for us, and with his advice, we’ll never let him down or our Father. 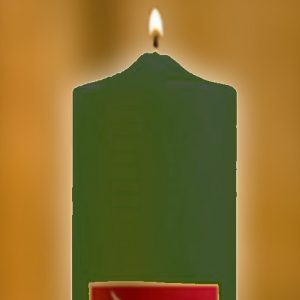