In today’s Gospel we see a glimpse of when the Advent and Christmas party is over. John the Baptist has dedicated himself to his mission of prophet to the Messiah, and now he’s in a dungeon for it at the whims of a cruel tyrant whose “wife” wants him dead. He also knows that prophets usually don’t live to a ripe old age. So the doubt comes: was it worth it? Is Jesus really the one? John’s disciples are bringing him news, but it’s no surprise that in the gloom of a dungeon your outlook can get equally gloomy.

What he decides to do shows great humility: imagine sending your own disciples to ask whether you’ve been prophesying the right thing all along. This shows humility, but also faith: he asks Jesus with simplicity whether he is the one or not, and doesn’t demand proof. Our Lord responds by connecting his miracles with the prophecies of Isaiah, with one important omission and one important addition. He omits the prophecy about freeing the captives, but he makes a point of mentioning that he has raised people from the dead. Therefore he tells John that his liberation from prison is not forthcoming, but that he has power over death itself. John should not expect freedom in this world, but he shouldn’t fear death either. For John that is enough to prepare himself for martyrdom.

How many Advent and Christmas seasons have you lived? If a fresh hope in the coming Savior has given way to a gloomy routine of another holiday season that will come and go too quickly, now is the time to ask Our Lord to remind you of all the miracles he has worked in your life in order to re-fortify your hope. Don’t be shy about asking him. 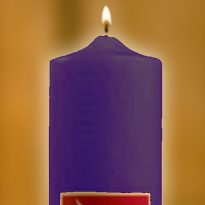