In today’s Second Reading Peter reminds the first generations of Christians (and us) that the Transfiguration was not a myth, but, rather, an event. It was an event to which he was an eye-witness as well as a participant. In the ancient world myths were attempts to articulate religious beliefs and sentiments. In the case of the Greeks, they themselves eventually stopping believing in those myths as real events when they came under rational and philosophical scrutiny. In the language of today myth means invented.

Christianity is not a myth. Jesus Christ was born, lived in Palestine two thousand years ago, and died. Even if you don’t believe in him as the Christ history testified to his earthly life. However, he also rose from the dead and ascended into glory, and a “cloud of witnesses” testify to that fact (see Hebrews 12:1). Some have accused us of embellishing historical events to give them mythic proportions, and tales of the Transfiguration and Resurrection seem to them to be myths, but a myth never transformed history as much or as profoundly as Christianity and its founder. There’s nothing “clever” about testifying to the Risen and Glorified Christ to the point of martyrdom, as St. Peter did, if it was all invented or embellished.

Christianity is an event, even today, that spans eternity and history, just as the Transfiguration did. Inspired by Our Lord’s history as well as his glory let’s not be shy about testifying to the events of salvation history. 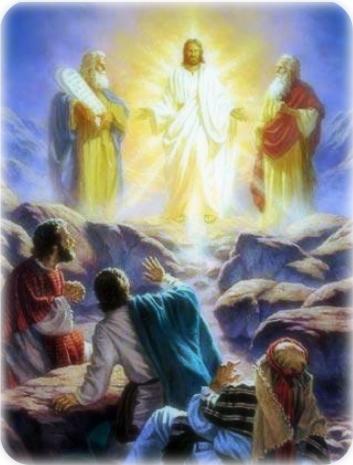