The first verse of today’s First Reading is a definition of faith that Pope Benedict XVI considered in his encyclical Spe Salvi on the virtue of hope (nn. 7-8):”Faith is the realization of what is hoped for and evidence of things not seen.” A realization is when something dawns on you, but it can also mean that something has been brought about. Pope Benedict sees this “realization” of faith, connected to hope, as some that occurred when the Lord had worked something in your soul, a first deposit on the eternal goods to come, which is why it also fosters hope.

The author of the Letter to the Hebrews presents a simple thing to believe: that God exists and rewards those who seek him. If you don’t believe in God at all you’re certainly not going to seek him, and if you believe he’s indifferent regarding you, you’re not going to seek him either. Faith comes through realization: God reveals himself to us and invites us to believe in him, to believe even in the things he teaches and promises that have not yet fully come about, and in faith we believe him and that impacts our lives and decisions.

Many people today, if they believe at all, go through the motions of faith, but it has never really dawned on them that God exists and takes them into account. However strong or weak your faith is, ask Our Lord today to reveal himself to you. You will not be disappointed. 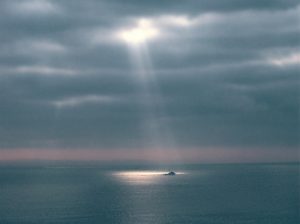