In today’s liturgy the Three Magi come from afar bearing gifts because they see the signs in the stars that a great king has just been born, great enough to warrant leaving their countries behind to see him and pay him homage. Yet the very fact of their arrival is the sign of something even greater sign.

Today’s First Reading speaks of how Jerusalem will be radiant when the Lord shines upon it, so much so that Jerusalem itself will attract others by its light to the Lord. Christ is like the filament of an incandescent bulb: without him there’d be no light at all. Yet a filament needs a bulb. Israel is the glass bulb. When Our Lord assumed human nature he chose a place, a time, and a people in which to become flesh, and that people, prepared by the Father, is Israel. Together they became a great source of light. Like a light bulb, that illumination is not just for Israel alone. All nations would be drawn to that light until they reflected it too. Isaiah said it would attract attention and gifts, a foreshadowing of the coming of the Three Magi.

In today’s Second Reading Paul recalls that all nations, not just Israel, would be able to benefit from the promises Our Lord has made through the Gospel. Israel thought for a long time that salvation was reserved to them alone, and that the Messiah would only come to save and lead them. In the Acts of the Apostles and in Paul’s letters we see the fledgling Church struggling with understanding that the Gospel was not just for the Jews, but for everyone. Paul received the revelation, along with the apostles, that their mission was to the Gentiles, not just the Jews. In Christ the divisions between Jews and Gentiles would end. All of humanity was called to his light. The Three Magi in today’s Gospel are the first signs of that fact.

Today’s Gospel teaches us that the light of Christ extends farther than we could ever imagine. The Three Magi represent all the peoples of the earth seeing that light in the distance—the distance of their situation, of their cultural differences—and heading toward it. A distant light, a star, became a beacon that led them to Jerusalem. The prophecy regarding Bethlehem led them closer to their goal, and then the star itself ushered them to the baby Jesus. The Three Magi needed help understanding the prophecies to keep going forward because astrology was not enough. If Our Lord assumed human nature in a specific place and culture that presented a gap to be overcome. Thanks to this episode we know that Christ’s light reaches to all the nations, and leads us above and beyond our own cultures. All the nations of the earth can benefit from his light.

Today’s culture is plagued by people seeking a higher meaning to things in all the wrong places. Astrology was not enough for the Three Magi, and it never goes the distance. People consult horoscopes, fortune tellers, Tarot cards, Ouija boards. They think they can wrest meaning out of higher mysterious forces.

Not only are all those things condemned by Church teaching as the sin of divination (see, for example Catechism 2115-2117), they are absurd, and not because what you might think. If we believe God is the Creator of Heaven and earth, and he came in Person to teach us and save us, why do we think we need gimmicks to understand his will for our lives?

He’s already given us all the answers we need in Sacred Scripture. We just have to ask him. The Three Magi needed a little help understanding the prophecy to move forward. God has also blessed us with his Church to help us understanding his will. Sometimes we need a little guidance to see that it may not be that God is not answering, but that we don’t like what he is trying to say. Through His Word and His Church Christ can be our guiding star. 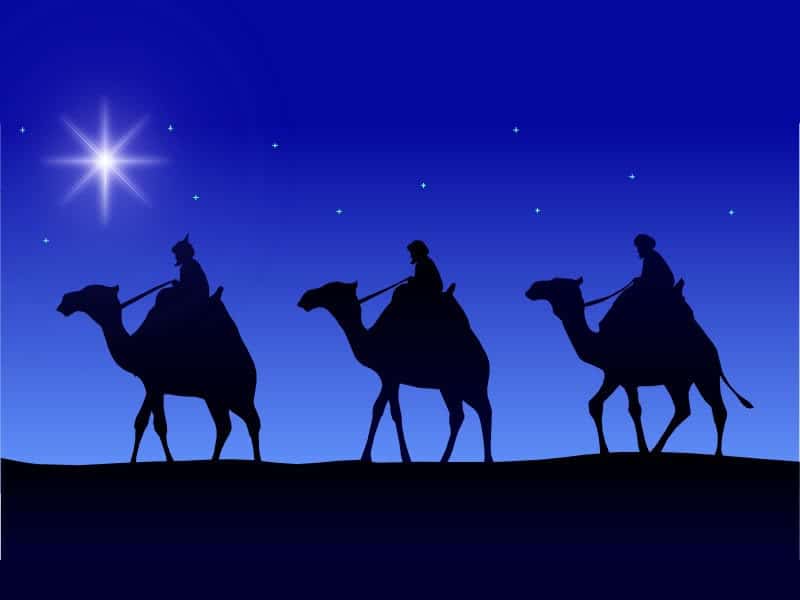